Emotional Starvation and Its Impacts in Adulthood 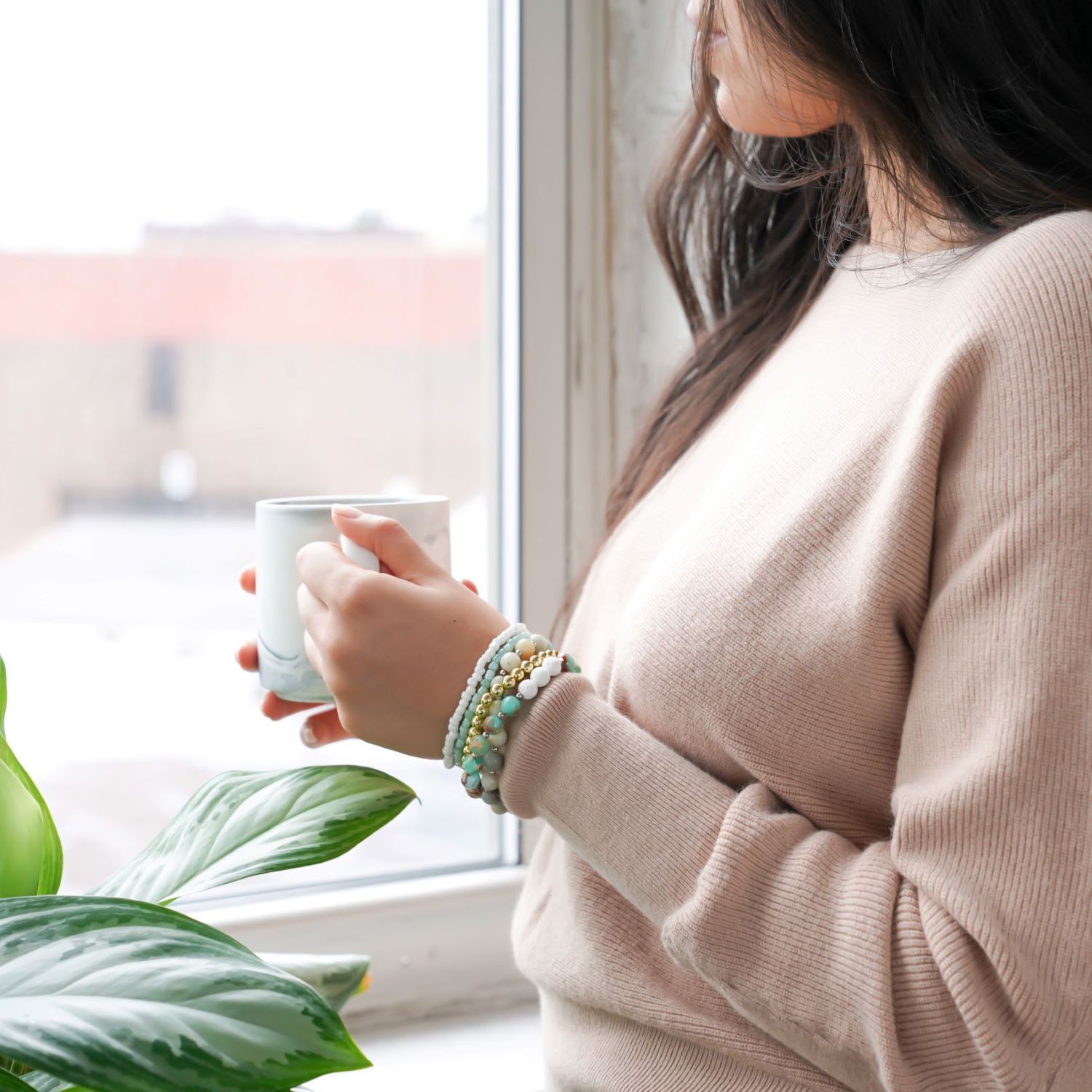 “Just when you think you’re done with the past, the past isn’t done with you” Alannah Hill.

Emotional starvation in childhood creates difficulty in dealing with emotions and as adults, will seek out people to fill the emptiness within.

In her memoir “Butterfly On A Pin”, fashion designer Alannah Hill writes of her despair, alienation from family, abuse, trauma, her unheard voice, and of being unloved and invisible. This captivating memoir is a story of generational distress and a loss of childhood, of a violent alcoholic father and a mother with mental health issues.

Alannah had mixed feelings for the mother she desperately sought to draw into her world. She so wanted her mum to come and see her in school plays, or acknowledge Alannah’s success as an adult. She was hurt from the lack of motherly responsiveness.

Alannah later empathically acknowledged that her parents did not know how to parent, not know how to love, and were neglectful in educating their daughter about life. In Alannah’s family, emotions were buried, negativity and criticism prevailed.

Her maternal grandmother was a key person for Alannah to turn to for support, yet her nan also was complex and entwined in her own world, sometimes oblivious to reality affecting Alannah and her siblings.

For decades, Alannah felt she was the ‘milk-bar kid’, in reference to serving customers at her mother’s milk bar in Tasmania, feeling she would never amount to much more. She viewed herself as a little girl, naïve and lacking in education.

Her parents raised five children but due to their own complicated backgrounds, her mum and dad lacked empathy and lacked life skills to impart to their children. Alannah’s mum relied on her own mum for support but the grandmother had her own family dis-ease.

Challenging circumstances in families roll from generation to generation until someone makes a momentous decision to say, “Enough. I will take a different road.”

Alannah’s life is peppered with momentous decisions which impacted her future. She knew she had to leave Tasmania for an improved future. In her book, she amusingly described heading across the Tasman, as flying “internationally from Tasmania across the strait to Melbourne”.

Profound Impacts From Others

She later meets two significant people, Jill and John, who “gave me the chance I’d been searching for, and without their care, without their love, my life might have taken a very different turn.”

Reflect on a time when someone had a positive and profound impact on you personally and on the direction of your life. How different has your life changed to how it may have initially turned out?

When I was 25, I met a woman who showed me the qualities of a loving mother and put me on the path of studying to be a counsellor. Her words and her actions showed me a different way to live a loving, kind way, compared to how I was brought up.

My mother was a critical and angry woman. She had her own hopes and dreams hindered by her parents, there was grief after the loss of a special relationship and she possessed a disability which few people understood. She hadn’t resolved her stuff when my three brothers and I were born. Her pain became our pain.

As the only daughter, she had high expectations of what a girl should be – don’t talk unless spoken to, a carer for mother, and a wailing wall for mother’s hurts and disappointments. My thoughts and feelings were of little consequence. My voice went unheard. Emotions were buried for many years.

Isolation as a New Mum

As Alannah’s life progressed, once more events went against her. One week after giving birth to a son, her partner of 11 years left her. She had no family or friends as supports. During this time she was running a highly successful fashion business too. I was horrified that she would be left on her own at such a critical stage in a woman’s journey, to be detached, let loose, sink or swim.

Many new mums feel isolated initially, even with a partner supporting them. Feeding bubs can be a common issue for many new mums. Another issue is learning how to be a mother, particularly for women who have not had mothering role models.

Sleep deprivation can impact mood and bonding, and create drowsiness during the daytime. During this stage, some women experience baby blues and feel sad or flat, which lasts 3 – 5 days. If this feeling lasts longer than two weeks, see your doctor. It may be postpartum depression

After spending decades attempting to gain her mother’s attention and approval, Alannah determined she would not parent a child the way she was parented.

Neuropsychiatrist, Dan Siegel, states “As babies, our connection to our caregivers – our attachment figures – provides us not only with comfort and connection, but a way of making sense of our experiences. Life “makes sense” when our experience matches up with how those we are close to respond to us, as well with the messages we receive in the stories they tell.”

Mums, like Alannah, make that significant decision in raising their child on their own terms, determined to be a responsive parent.

Critical words voiced to us as young children haunt us in adulthood. Lack of confidence and acceptance of self often marks a woman who has experienced emotional starvation.

Burying emotions from the past, leads to a woman who has difficulty in dealing with her emotions in the present. Some women will flee relationships when it becomes difficult to deal with the day to day reality of relationship commitment.

When we have deep hurts, we seek out people and activities to fill up our empty cup, to mask the pain of our childhood hurts. Some seek out partners who are abusive, some are people-pleasers, others pressure themselves to achieve academically.

Some women will use food, drugs, alcohol, or gambling, but these are only temporary measures to satisfy the emptiness within. She can feel unlovable because she felt unwanted by the people who were planted here to nurture the little child.

At the end of the day, you cannot escape the emptiness, the love that was deprived of you when you were young.

You cannot change the past but you can re-write your story for the present so you move forward into the future. Learn from the past but don’t let it control your future.

10 Tips to Heal from Emotional Starvation

3. If your mum is open to attend counselling with you, this could be beneficial. A counsellor will open the conversation for your mum to discuss her background. This will be important information for you to be aware of.

Together we can draw a family tree, known as a genogram in counselling, and see themes of expectations of women in previous generations. Healing can take place when understanding another’s role in their family and the society they grew in.

4. Let go of the belief of what the ‘ideal mother’ should be – the provider, the carer, the one who loves unconditionally – and accept there will be grief and loss.

5. Set boundaries with your mother. As difficult as this can be, you must look after your mental health, or you will suffer and others around you will feel it too. Decide on what are acceptable expectations.

One way is to check in with yourself, see if you feel resentment when your mum shows up, for instance, at your home unannounced. Discuss that she call and set a time with you when she can visit. If your mum is angry towards you, be prepared to walk away.

7. A support network such as friends will help to encourage, sustain and heal you. They will model healthy relationships, and healthy boundaries. Coming from a neglected background where your thoughts and feelings had little impact in your family, it will be super important for you to have people who will support, respect and value your whole self.

The bottom line is for you to have compassion for yourself.

Seize this day, seize the opportunity, abandon thoughts of being judged by others, ditch the internal criticism of your parents, take up new activities, and gift yourself a new and authentic you.

9. Becoming a mother can change our response to our own mothers. When I became a mum, I realised the work and mental load placed on mums. I understood more about my mother. It didn’t improve our relationship greatly, but I became more empathic towards my mum as my mothering journey progressed.

10. Seek professional help. It’s not easy to face our ‘demons’. I have seen many women in my counselling practice who were neglected and hungered emotionally by one or both parents. If you are struggling with emotional pain, don’t be afraid to ask for help.

Having a counsellor with you on your healing journey will help get to the root of the problem, and will be there to guide and support you. Healing from emotional pain is not an easy process yet carrying this burden is even harder. Emotional pain robs us of energy.