Patriarchy and Stereotypes On Mother-Daughter Relationships 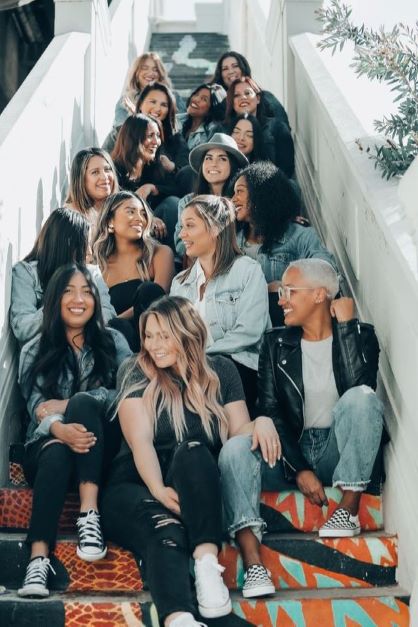 The other day I was reflecting on patriarchy and stereotypes in families and in the mother-daughter relationship. Recently I read a story by Prerna Singh Rai. A young woman, Arohi, wants to be a journalist, but her father wants her to be an accountant. Arohi points out her mother’s misery to her father.

When he says, “I have given her everything”, Arohi asks him to remember what mother was like when they married. The father remembers a “fun loving lady”, then goes on to explain that, although she was talented, the mother was expected to care for others rather than pursue the career she was capable of. “And you are giving me the same life, Papa, as you have given to Mom”, Arohi accuses.

This International Women’s Day, many events will be exploring the theme of ‘Breaking The Bias’ – looking at how to achieve a world free of bias, stereotypes, and discrimination, a world where difference is valued and celebrated.

In Arohi’s story, she blames her father for his patriarchal attitudes. He is biased in his view of women and does not value his wife’s differences and capabilities. But the mother is silent in this story. Why doesn’t she support Arohi in her plans?

As Eve Rodsky, author of ‘Fair Play: A Game-Changing Solution For When You Have Too Much To Do (And More Life To Live)’ writes, “What I realized is that we’ve been conditioned since birth to be complicit in our own oppression.”

Within some families, women are not asked for their thoughts and opinions. Women often do not ask for what they need or want. A woman is taught as a young girl to bury her feelings and neglect herself in favour of father, husband, son, and other males within her circle. She is not heard, not visible.

In some families, sons are elevated to ‘Golden Child’ prominence, while daughters are consigned to ‘Emotional Carer’ status. Sons are applauded for career and lifestyle choices. Daughters inherit the mantle of carer for parents, just like her mother did for her mother. The inheritance of family care-taker flows down each generation.

In society generally, and in politics specifically, a woman is scorned for her clothes, hairstyle, makeup, her body shape – you get my drift. A constant stream of belittling from male politicians as well as the media. Other women have joined the attack as they need to protect their ‘patch’, being vocal against women, not comprehending that their support for the male privilege continues this patriarchy.

In recent times women are being loud and vocal, they will not be silenced and will not be told how to react. Women will not be blamed and shamed.

Mothers are a daughter’s first teacher. A daughter learns gender role expectations of women from her mother first, then from her father. A daughter sees her mother keeping the father happy by not upsetting him, not being too opinionated, being selfless and sacrificial. The daughter will inherit these expectations and grow into a people-pleaser, uncomfortable in advocating for herself, adopting the character of a chameleon needing to fit in with her environment, emotionally neglecting herself, sacrificing her needs in order to be a helper to all. She becomes a Lost Woman, uncertain of who she is.

In her book “The New Don’t Blame Mother”, Paula Caplan writes “Our mother’s imperfections are often magnified because we expect so much from mothers. We expect less from our fathers, because being masculine doesn’t require being nurturing. We tend to feel our fathers are terrific when they are even a little bit nurturing, but when our mothers don’t quite give us all that we want, we feel that they have let us down.”

Tips To Break the Bias and Stereotypes

What can mothers and daughters do in the face of this bias? Some ideas are:

In my work, I help mothers and daughters explore the chain of stereotyping that affects each individual and their relationships with others. If you feel yourself diminished and silenced like Arohi’s mother, or not supported by your mother, like Arohi herself, or if you’re a mother and you want to break the bias that impacts your relationship with your daughter, contact me and let’s discuss how I can help you.

Janice Williams is the only Certified Mother-Daughter Relationship Specialist in Australia and the South Pacific region.