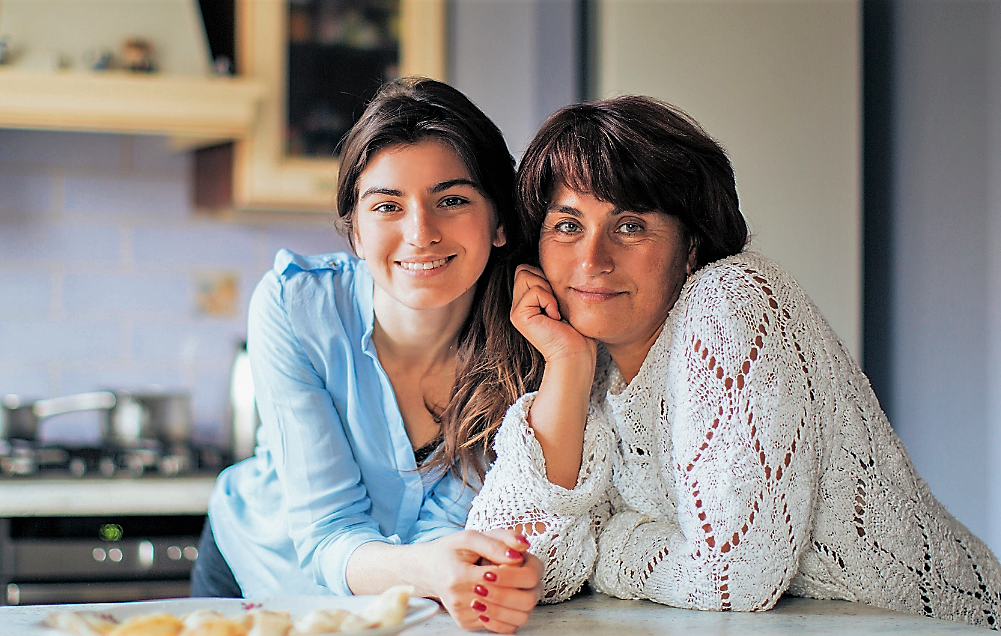 Often I am asked about the work that I do as a Mother-Daughter Relationships Coach. It is an unusual vocation, it’s not a job title that many have heard of. It is an attachment model that helps women uncover underlying conflict and disconnection in their relationship with their mother or daughter, learn how to move past the blame and shame, become empowered to voice their needs and set healthy boundaries.

Women often talk about the difficult relationship they have with their mother or daughter. They wish they had a warm, close relationship and feel sad at the loss of connection, or anger and grief at being estranged.

Mums have told me that they do not wish to repeat this complicated history with their own daughter. From these conversations, I resolved to help women heal from their difficult mother-daughter relationship.

How have these struggles led to this schism in their relationship? Difficulties between mothers and daughters do not happen overnight. It’s a dynamic that has developed over many encounters where one or both have felt not heard, undervalued, ignored and unsupported. Mothers and daughters who have difficulty in their relationship often feel invisible.

For others, they feel that the emotional break is best for them. Re-connecting can be damaging for their mental health and the stability of family life. For mothers and daughters who long to re-connect, they want to understand what happened in their relationship that created this break.

Society has put mothers on a pedestal, she can do no wrong. She is a companion to her partner, carer to her parents and the nurturer of her children, the one who loves unconditionally. She is perceived as the embodiment of perfection. No wonder there is mother-guilt. The load of responsibility at trying to be all things to all people is exhausting, it’s a burden.

Even in this 21st century where women’s roles have undergone a huge transformation, there is still a lingering idea of the ‘ideal mother’, the Good Mother. This ‘flawless mother’ is a beautiful yet unrealistic invention because at the end of the day, we are only human. None of us will be the ‘ideal’ or the ‘good’.

Often there are recurring themes within a family such as a daughter being a care-giver to her mother today, while the mother was a care-giver to her mother in the past. Within this care-taking role, a mother feels that she has sacrificed and neglected herself for others, so it’s her turn to be cared for and cherished by her adult daughter. There is the expectation that the daughter is to shoulder the mother’s worries or be her advocate.

Sacrifice and neglect is a generational tradition and goes down the female line into future relationships between mothers and daughters. As a result the daughter risks being over-burdened as emotional care-giver or confidante to her mother. I help mothers and daughters to understand this process and set boundaries with each other.

The Role Of Men In Women’s Lives

Another theme we discuss is the role of fathers, husbands, partners, boyfriends. A theme often emerges of men who emotionally neglected their wives and daughters, men who did not value the women in the family.

When women describe their fathers, for instance, the men may be defined as quiet, they retreat to the shed, or stay longer at the office. As we unpack their absence from the family, women realise that the men avoid the conflict between mothers and daughters at home. Instead of being available to hear their wives, daughters, girlfriends voice their needs, the men withdraw to their refuge while women feel frustrated, lonely and must tread their path alone. They feel emotionally neglected.

It’s a generational history of silencing, a history of sexism and patriarchy where the men are central and dominant in the family, where women’s feelings, thoughts and behaviours are minimised.

In conversations with other daughters, there are descriptions of abuse from father to mother, father to children. Mother-blaming emerges. Daughters would describe their mother as either loud and sassy ‘who gave as good as she got’ to the abusive father, while others questioned why mother could not protect her offspring. Daughter’s resentment rises. We pause, we reflect, we unpack more of the mother’s story. A daughter understanding her mother’s history softens a daughter’s heart.

“She did the best she could with the

resources she had at the time.”

On the other hand, as a mother, it can mean viewing your daughter with an understanding heart, realising that she is under many of the pressures you were under in the past and that she should not be the only one responsible for meeting your unvoiced and unmet needs, when she has needs of her own.

A Voice In The Wilderness

When a woman’s voice is not heard, when it is instilled in her to be silent, to be invisible within her family, then her thoughts and feelings are not understood.

If a woman is not being heard,

and not being understood,

then a woman feels isolated, alone.

Mothers and daughters have struggled to voice their emotional needs such as feeling appreciated, being understood, feeling safe or being respected. These feelings can be shoved down and buried for years, but eventually they come out as criticism, guilt-tripping, disrespecting boundaries and controlling behaviour towards her daughter.

Strong negative feelings can intensify at specific times in a daughter’s life. If a daughter is moving out of home, or getting married, or having a baby, the mother reflects on missed opportunities in her life, her unvoiced and unmet needs. When a mother has not repaired her relationship with herself, toxicity will take over the relationship with her daughter. It may lead to estrangement between mother and daughter.

Mothers and daughters can end up asking: Where do I belong if I am not heard and understood in my family?

Other themes can emerge. Mental health issues, such as depression and anxiety. Eating disorders, to fill the void. Unrealised dreams and goals due to family opposition.

Perhaps you are this daughter struggling to have your voice heard. Maybe you are this mother grappling to understand your daughter under the weight of your generational history. Perhaps you have felt responsible for your mother’s happiness, making yourself small to please mum, keep mummy happy. Maybe you have lost your identity within your mother-daughter relationship, and in the caring role for kids, partners, parents, and the expectation that women are to constantly give out care to others, yet receive only crumbs of attention and love in return.

As a Mother-Daughter Relationship Coach, I see mothers and daughters together, or on their own. I help clients understand the background history and generational influences which have impacted them and see how the patterns of the past have built up and how they are weighing them down in the present. Together, we work out a path forward.

When mothers and daughters attend sessions together, they seriously want connection with each other. Mothers and daughters have spent years misunderstanding, reacting and defending their positions. A daughter can feel that her mother didn’t step up when the daughter needed her in her younger years. A mother can feel bereft that her daughter no longer contacts her and feels that her daughter does not understand the mother’s history.

When mothers and daughters attend on their own, they seek resolution of the past so they can confidently move into the future. Each wants to understand their generational history and the beliefs they’ve inherited. Women want to teach their daughters and their sons about meaningful and respectful relationships.

When I see mother-daughter couples, or on their own, I help women

All women are daughters. Whether you come on your own or as a mother-daughter couple, I will help you create meaningful change within yourself and in your relationships.

If you’re interested in setting up a free 20 minute phone consultation to find out what Mother-Daughter Relationship Coaching is about, click the button below.